In every decade we have a seer of style and let’s say that the 1910’s was definitely Paul Poiret’s decade. He trained at the House of Worth and Doucet and made the straight tube like sheath dresses in 1908. The columnar style he introduced meant that women had to abandon their S-bend corsets and wear a longer straighter corset that almost reached the knees to achieve his early look. Later he encouraged women to free themselves from corsetry and adopt the bra. 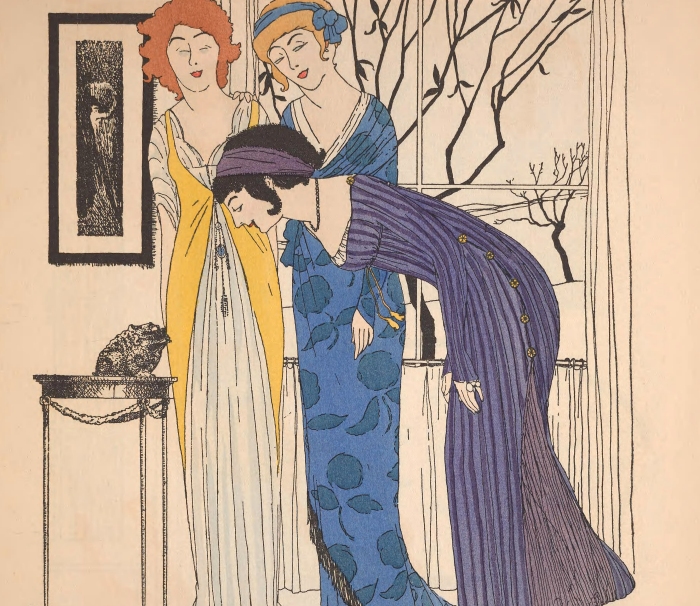 Poiret’s exorcized tendencies were expressed through his use of vivid color coordinations and enigmatic silhouettes such as his iconic “lampshade” tunic and his “harem” trousers, he was very 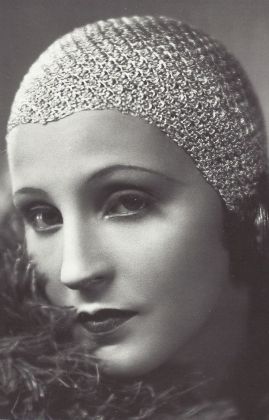 sensitive to the mood of society and to trends among painters and designers, and very influenced by Orientalism. However, these orientalist fantasies have served to detract from Poiret’s more enduring innovations, namely his technical and marketing achievements. Poiret developed the blueprint of the modern fashion industry, such was his vision that Poiret not only changed the course of costume history but also steered it in the direction of modern design history.
I is ironic that Poiret rejected modernism, given that his technical and commercial innovations were fundamental to its emergence and development. But although Poiret’s orientalist was at odds with modernism, both ideologically and aesthetically, it served as the principal expression of his modernity, enabling him to radically transform the couture traditions of the Belle Époque.

In his autobiography, Poiret stated, “People have been good enough to say that I have exercised a powerful influence over my age, and that I have inspired the whole of my generation. I dare not make the pretension that this is true, “It was in my inspiration of artists, in my dressing of theatrical pieces, in my assimilation of and response to new needs, that I served the public of my day.”

Fashion design had come under the influence of photography and the high standard of artistic influence, as revealed in the fashion plates of such publications as the Journal des Dames et des Modes, had disappeared. Poiret was refreshingly innovative in his approach to design, restoring the artist as an important and creative force in fashion. An important example of Poiret’s artistic influence was in his work with Paul Iribe. Poiret also promoted the careers of several actresses, who gained recognition partly because of the costumes he designed for them. While Poiret may have been fashion’s last great orientalist, he was also its first great modernist.